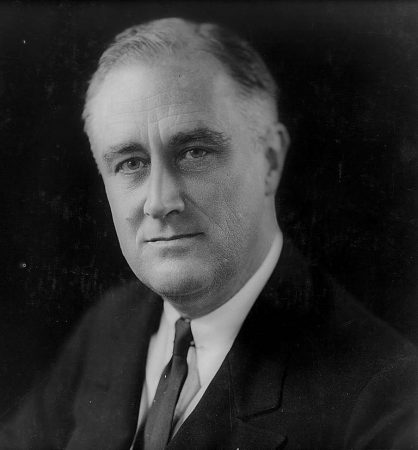 The 1950s were a boom time for South Africa. The Second World War had ended in victory and many returning service men were setting up homes in new suburbs.

Roosevelt Park was one of those suburbs, built to house the young soldiers and their families. The suburb was named in memory of the victorious American president, Franklin D. Roosevelt, who had served three terms in office and died shortly before the allied peace. The first school to be built in the area was a primary school (still known as Franklin D Roosevelt, FDR for short, today). Many of the new residents at the time were young family men who needed to send their children to school close to their homes.

Shortly afterwards the Education Department realized they needed to build a new High School in the area as the existing schools were overcrowded with the growing population. They set aside 22 acres in Roosevelt Park Ext. and the children were sent to school on the primary school premises to start their secondary schooling until the new school could be built. The school officials applied to the Roosevelt family for permission to use part of the Roosevelt family crest and motto.

The school crest was not exactly the same, but the motto, “As you sow, so shall you reap”, remained the same.

It is still the school motto today. It is an important motto as it highlights the academic inspiration of the school, which has a proud tradition of matric results. The school officials also decided on the uniform which, apart from a few alterations, has remained the same. There are still hat lockers in the classrooms, although the hated hats were abandoned years ago. In January 1952 the school was formally moved to the present site. The first principal was Mr Ronnie Rees who had been headmaster of Parkview Senior. The school was fully staffed and the Grade 8 and 9 students were taught in prefab classes while the current school building was being constructed.

The first Parents’ Association was very active. They held many social fundraising events and projects included building the outbuildings and ensuring that the fields were suitable for all sports so that the students would be given an excellent all-round education.

The subsequent committees continued along the same course and, within 10 years, the tennis courts, pavilion and swimming pool were built. In 1968, Roosevelt High was the largest high school in South Africa with more than 1200 pupils. As a result, prefabs were once again erected in order to accommodate all of the students.

Roosevelt High School was proud to be one of the first schools in Johannesburg to open its doors to all South African learners after 1994 as soon as the law allowed, and there was already a waiting list.

The new learners strengthened the existing traditions of the school and also encouraged some new ones – we learnt that boys can dance and sing.

In 2002 Roosevelt High School celebrated its 50th anniversary. The school still has its proud traditions and a vibrant group of learners as well as a dedicated staff, some of whom have been at Roosevelt for many years. The staff is really caring and this is what makes Roosevelt High a true family community. Mrs Stemmet, (who had been acting-principal for 2008), was appointed as Roosevelt High’s first female principal at the beginning of 2009 and, apart from keeping up with new curriculum developments as head of the Mathematics Department, she is in touch with all the new changes in education in South Africa.

The school still emphasises academic achievement and Roosevelt has shown that it has the ability to positively change with the times. It proudly offers the best in the new educational dispensation.

As of 2020, the school boasts with approximately 1600 students and 70 staff members, with a newly renovated hall and many more classrooms.

Do you have more information about the history of the school?

Or great times you had at the school?
Please feel free to share this with us.